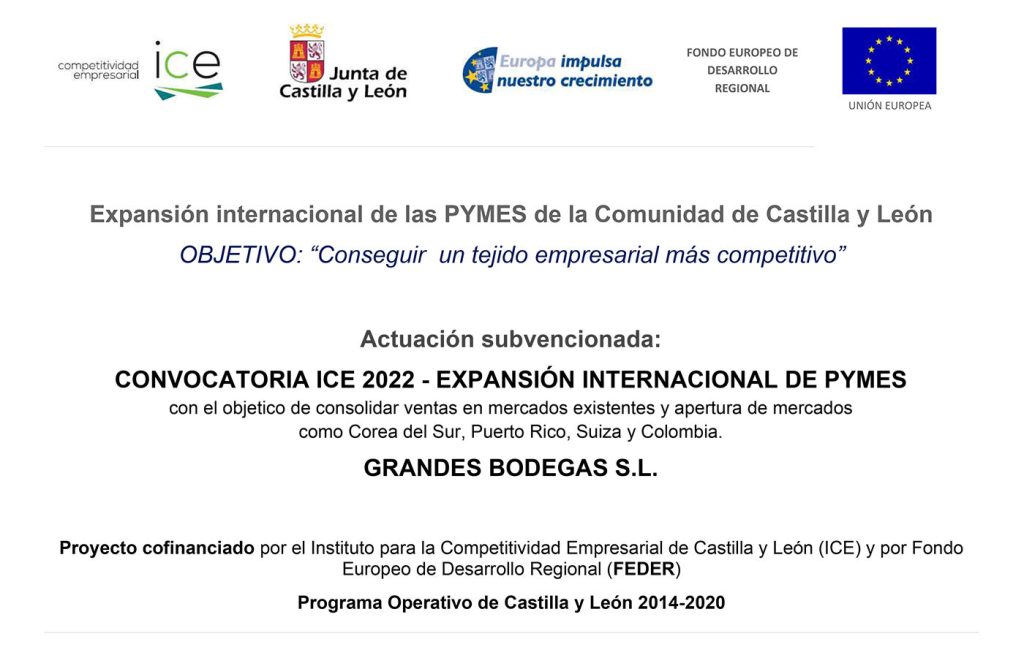 Grandes Bodegas plans to carry out a series of international actions to consolidate and expand the presence of the winery in foreign markets in Europe, the United Kingdom, America and Asia.

The data from the OIVE indicate that Spain is the third largest producer of wine in the world; The sector has a value chain that involves companies and agents linked to marketing, production, supply, research, innovation and tourism, employing around 427,000 people. However, it has suffered a very negative impact during the pandemic, due to the effect of capacity restrictions, the closure of premises and the curfew on wine consumption.

The purpose of the internationalization actions proposed by Grandes Bodegas is to improve the business situation after the health crisis, and given the current effects of the increase in energy prices and the war in Ukraine. Given that Spain is the world leader in wine exports, with products present in more than 180 countries, internationalization actions are presented as a key opportunity; firstly, to retain customers and get new ones, and secondly to increase the international presence of the winery and reduce losses in the face of future crises, through income diversification.

For this, a series of promotional events and visits to international fairs have been planned in countries to which the winery already exports its products, France and, mainly, Germany, and to others in which it is interested in entering, due to the high demand for Spanish wine products. : South Korea, Japan, Colombia, Puerto Rico, United States, United Kingdom and Switzerland.

It is also planned to participate in the international fairs of Barcelona Wine Week and Vinorell, and the creation of labels in Spanish and English.

Wines with a soul.

Wines with a soul.